The S-Curve Pattern of Innovation: A Full Analysis

The S-Curve Pattern of Innovation highlights the fact that as an industry, product, or business model evolves over time, the profits generated by it gradually rise until the maturity stage. As a product approaches its maturity stage, a business should ensure that it has new offerings in place to capture future profit opportunities. These new products are often upgraded or related versions of products approaching the maturity stages of their S-Curves.

If an organization can pinpoint its position on the life cycle curve (S-curve), and it has a sense of the slope of the curve, it has an excellent mechanism for determining where its technology is headed. Furthermore, the organization can determine the relative rapidity of that movement. This type of information along with relevant external sources and comparisons to similar offerings in the past, can be used to predict when an s curve will reach maturity.

It is helpful to consider the numerous S-curves that can explain how a product or industry is changing over time:

Functions and Principles of Systems

If you consider the evolution of a function over time, you may observe S-curves that represent different systems delivering the same function, but based on different scientific principles.

For instance, the function of audio recording was first delivered by mechanical processes, then by electromagnetic processes, and then by photoelectric processes. Each of these technologies is represented by a relevant S-curve and evolves until it meets a barrier established by its underlying principle.

To “jump” to a new S-curve, a new scientific principle must be found. Thus, transitions between S-curves are provided by solutions of levels 3 or 4 from the Five Levels of Solutions framework. This is achieved by either migrating and adapting an already existing “function/principle” combination from some other area or by creating a totally new “function/principle” combination.

Growth and Maturity of S-Curves

Every product, market, and business model goes through a predictable cycle of growth and maturity.

Diminishing returns set in as the most attractive customers are reached, price competition emerges, the current product loses its luster, customer support challenges arise, new operating skills are required, and so on. 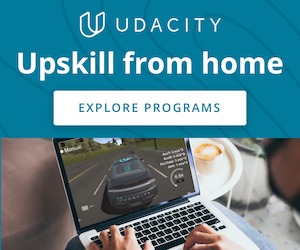 Fetch a free copy of "5 Best Data Science Certifications in 2021" today. Additionally, get free articles on Analytics, Data Science, Business Strategy, and related concepts. Sign up below and immediately give yourself a huge advantage.